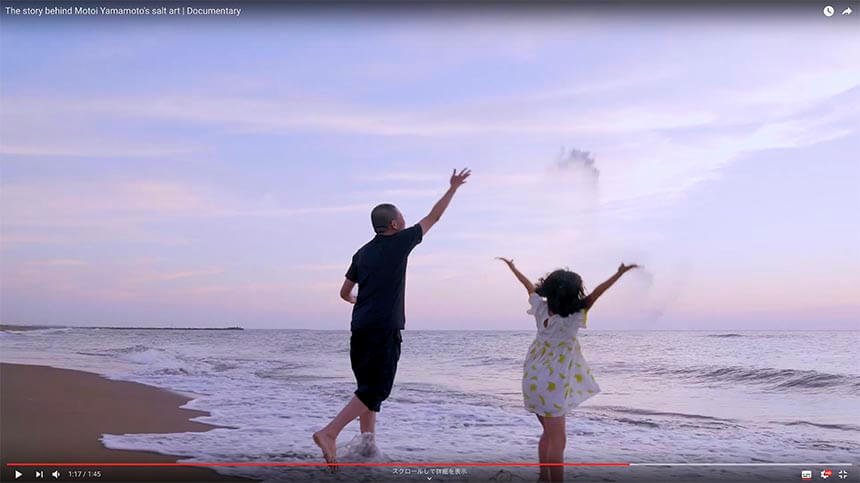 This is a documentary film of Yamamoto work. In the summer of 2018, He installed the salt work for a commercial of the Sydney-based foreign remittance company “OFX”. The story behind Motoi Yamamoto’s salt art was made with the client who came from Sydney and the Japanese shooting crew. The director’s cut contains an interview, and also edited “The Return to the Sea”!

RETURN TO THE SEA : Motoi Yamamoto